Tonight I took Mazikeen to her first puppy class, and it was really good.  A few dogs that were far too vocal and uncontrollable, but I guess that is to be expected.  However, Maz, being a Gun Dog was silent and watched on with what I can only describe as mild amusement.

We went through the usual of getting them to sit on command which she has been doing from the age of 9 weeks, then stay and retrieve, again she has been doing since she was 9 weeks old.  We got her when she was 8 weeks, and these were the first things I taught her.  She is a gun dog, so is very intelligent and wants to learn and please her humans.  Tonight was no exception.  We had to bring beds for them to sit in when they were not working, she loves her bed and sat quite contented in it, and was the only one who did, but she is an odd dog as she prefers her bed to our bed, which is not the case with Harper.

The breeder we got her from said that he often took his trained dogs to the park and did a bit of showing off, and I know why, and I did the same too at the training class.  I let her lead/leash go and threw treats across the floor, she fetched and returned to be every time, and of course, was rewarded for this.  No one else let their dog go, which is fair enough, but I had confidence that she would do exactly what was needed.

I am looking forward to next weeks training session and developing this week’s lesson and taking it further, ready for next week.  Maz is still a little timid around other unknown dogs, even the little ones, but did make friends with a German Shepherd called Buddy, who is over twice her size, but a big softy.  One thing that surprised me was that she approached Buddy, so good for her.   As a reward and a socialisation lesson, I have just booked her on the next Puppy Club Party which is in a few weeks time, so she can go play with other dogs, have lots of social interaction and leave with a goody bag of treats and lovely stuff.

Being a Springer she is not food obsessed, so is not the biggest eater, and her food sitting in her bowl is not exciting to her, so we ended up throwing it around the kitchen so she could search for the kibble and eat it that way, however, as she is getting bigger I changed her feeding bowl to a lovely ceramic spaniel bowl, sloped on all the sides so her ears are not dipping into the food, and she has taken quite a liking to it and has started eating more.  Tonight, she had all her dinner, then an hour later was sat at her bowl, obviously waiting for more food.  I duly put more in, and she ate it, so I gave her a lot more and she finished it all off in record time.  Whether it was the new bowl or she has developed an appetite from the fun at class tonight, who knows, as long as she is eating I will go with it. 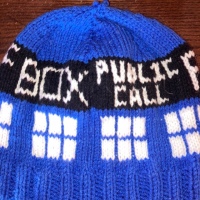 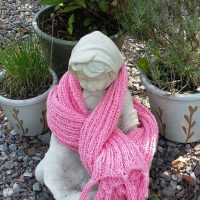